There are many factors contributing to the rising incidence of eating disorders are many factors. Most notably, our popular culture promotes unrealistic and impossible body ideals for men as well as women. The emerging male body ideal is excessively muscular and very trim. While these images are splashed across magazines, television and the internet, even our society’s youngest men are exposed to this body ideal.

Take action figures, for example. These figures depict almost comically muscles with wholly unrealistic proportions. Men and boys who develop eating disorders are generally more vulnerable to the ideals promoted by popular culture. Even if a full-syndrome eating disorder doesn’t develop, body dissatisfaction is another common byproduct of this exposure.

Trust you intuition. If an eating disorder concern arises in a male child, don’t wait to get help.

Sadly, it’s not just the general public that is susceptible to the misconception that males cannot have anorexia, bulimia, binge eating disorder or related eating and body image issues. Many competent and well-meaning medical and mental health professionals routinely overlook this diagnosis in men and boys due to these gender constructs.

As a result, parents can be a first line of defense in preventing eating disorders in their young male children, and/or intervene early if their boys are developing troublesome behaviors related to food, eating and body image. Knowledge is power when it comes to understanding eating disorders and addressing these serious mental illnesses.

Delayed treatment gives the eating disorder more time to become engrained in the young man’s life, and can result in serious medical and psychiatric instability. In fact, one study found that half of all male patients were sick enough to be admitted to the hospital for stabilization at the time they sought treatment. While saddening, this finding isn’t surprising, since eating disorders are more likely to be overlooked in boys, delaying diagnosis and effective treatment.

What to Know When a Partner/Spouse Enters Eating Disorder Treatment

Walking on Eggshells: My Child Has an Eating Disorder 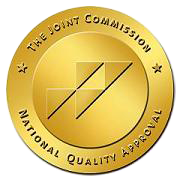